In the next 10 years, everything you know about “being human” will change…

Everything from how we think… how we’re born… and what it means to die will change in ways we can’t possibly predict.

It’s the biggest inflection point in human history. The changes in the next decade will dwarf anything we’ve seen before.

The impact will be bigger than anything we saw with the internet… the internal combustion engine… or even the printing press.

That’s a bold claim—and I don’t make it lightly. I wouldn’t have said something like that even three years ago. But it’s here now.

Right now, bleeding-edge technologies are in development that’ll either elevate mankind to new highs or throw it into chaos.

You may be skeptical. But let me show you the evidence…

Before we had televisions, airplanes, and FaceTime, there were ideas of “moving pictures,” “flying machines,” and “telephots” in sci-fi novels and pulp comic books.

So the idea of “superpowered” humans might not be as impossible as we think.

They’re 0.25-square-millimeter implants that can rapidly communicate with external devices like computers or smartphones. 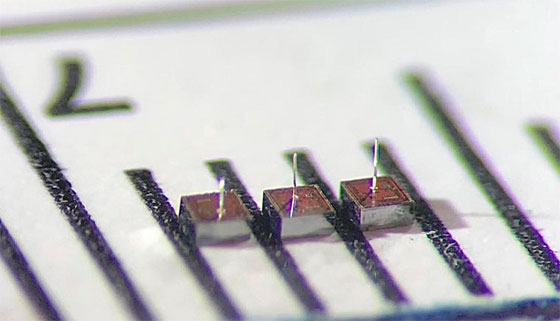 This technology could allow you to control your computer and smartphone just by thinking about what you’d like to do—rather than moving a mouse or tapping a keypad.

What’s more, these implants can harvest energy from the brain’s electrical system. So they don’t need their own power source. And they can serve many purposes…

With paralysis or stroke victims, these implants could be paired with smart wheelchairs or prosthetic limbs to restore motor skills.

And thinking bigger, this technology could eventually give humans “super powers.” The ability to communicate and control objects through thought isn’t that far off.

And that’s just the beginning…

When Humans Are “Produced”

Some of you may be familiar with CRISPR genetic editing technology.

CRISPR technology is like software programming for DNA. Basically, it allows scientists to “cut out” genetic mutations in our DNA and replace it with “healthy” versions.

CRISPR will one day allow us to cure every disease caused by a genetic mutation. But that’s not where it stops.

It can also be used to genetically modify human embryos. In essence, the technology could produce “better” human beings.

The U.S. and the West have been very vocal against genetically modifying embryos. But the Chinese have shown a willingness to take a different route.

Last November, genetically modified twins were born in China. The man responsible was a Chinese scientist, He Jiankui.

Let’s take a minute to consider the ethical implications of this. We know that genetically modifying human embryos is possible. But what’s the ethical way to use this technology?

Should we use it to increase human IQs? Or what about creating humans with denser muscle tissues? Those are very real questions the world will have to grapple with in the years ahead.

And stretch your imagination a bit further…

What if a nation or a society set up a program to ensure that every child born was stronger and smarter than any other in the world? This is precisely what Aldous Huxley predicted in his sci-fi masterpiece, Brave New World.

This was also the goal of the Nazis. They wanted to create a “master race.” And CRISPR technology in the wrong hands could one day accomplish that.

I know. It’s scary to think about.

The Search for Immortality

Back in April, scientists at Yale took a pig’s head from a local slaughterhouse and brought it back to the lab roughly four hours after the pig was slaughtered.

Then, they pumped an artificial blood mixture back into the brain—and restored cellular functionality. The brain cells were able to produce energy and remove waste, helping to maintain the brain’s internal structures.

To be clear, this did not restore the pig’s consciousness, only its mechanical function. But obviously, this is an incredible feat that’s never been done before.

Now, I know this is a weird thing to do… But the potential applications for humans are simply amazing.

Think about what happens when someone has a stroke. A stroke can cause forms of brain damage—which causes loss of muscle control—leading to all kinds of problems.

That’s why stroke victims sometimes have trouble with the left or right sides of their body.

And imagine if this technology progressed further…

What if we could restore consciousness to a recently deceased brain? What if you could bring a human brain “back to life” long enough for a person to settle their affairs and say goodbye?

The implications are staggering—and might even make us a little uncomfortable.

But make no mistake, there’s a niche group of scientists devoted to eliminating death in human beings… essentially, immortality.

I’m not suggesting that’s a good thing, only that there are many technologists looking at extending life far beyond anything we can imagine. And the early results from this experiment show that it might not be as impossible as it sounds.

If what I’ve shown you so far makes you a little uncomfortable, it should.

The ethical questions that mankind will face in the next decade will be unprecedented. There’s no historical example of what we’re going to face.

But I’m not telling you all this to worry you. As a technologist, I believe that technology has always been a force for good. And I believe technology will also solve some of society’s biggest problems in the years ahead.

But we’re at an inflection point. Over the next two decades, society will either become one of abundance for all or descend into chaos.

Time will tell which wins out.

And on Wednesday at 8 p.m. ET, I’ll make four more incredible predictions about our tech future.

These are technologies 99% of Americans have never heard of… But in a few years’ time, they’ll be an integral part of our daily lives. I’ll also give you details about four small-cap tech companies involved in these technologies. They’re early-stage investments that have the chance to turn $10,000 into a six-figure windfall.

You can reserve your free spot to attend my special event right here. 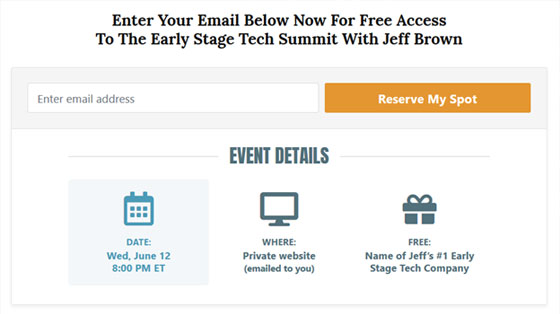