Nick’s Note: Regular readers know longtime PBRG friend Doug Casey is not only a legendary speculator, but an important public thinker as well. While we don’t always agree with some of his uncensored insights, he’s made spot-on big-picture predictions that every investor should pay attention to.

And right now, Doug believes a disaster of historic proportions is in store for America’s future. So today, we’re sharing four of his predictions about what lies ahead. They may seem incredible—and even offensive to some—but you owe it to yourself to hear what he has to say…

Prediction 1: The End of Retirement

It seems like things have reached a critical mass. And if the economy slows down, there are going to be a lot of people losing their homes again. They’ll be unable to pay their credit card bills, car payments, student loans, or anything else. They aren’t going to be able to buy anything. They wound up in breadlines in the 1930s. But today, 40 million Americans have SNAP cards to take away the hunger pains and embarrassment of being penniless. There could be 100 million in a few years.

I know this sounds outrageous because right now, everything is running fairly smoothly. The standard of living of the average middle-class American has degraded slowly over decades, but hasn’t yet totally collapsed. But that’s the way it is a day before a volcano explodes, or a day before an earthquake, or minutes before an avalanche starts coming down.

This isn’t a theoretical discussion. Most retirement plans are in serious jeopardy. Many pension funds are already seriously underwater, even after a very long boom.

The situation is likely to deteriorate. The stock market is in a bubble. The bond market is in a hyper-bubble. A lot of value could disappear very quickly. By the time this depression bottoms, in today’s dollars—I don’t know what the dollars are going to be worth then—the Dow could trade at 5,000 or less. We’re going to see interest rates exceed what we saw in the early 1980s, when the U.S. government was paying 15%.

From a retiree’s point of view, things are not going to improve. It’s going to get worse, not better. His savings, if he has any, are going to be attacked from several angles. I don’t see any way out of this… unless friendly aliens land on the roof of the White House and present Trump with some kind of magic technology.

You’ve got to remember that the prime directive of any organism, whether it’s an amoeba, a person, a corporation, or a government is to survive. Bankrupt governments—and they’re all bankrupt because of welfare state policies—are going to fight to survive. The only way that they can survive is to tax more and print more money. And that’s exactly what they’re going to do. Of course, don’t discount a war; these fools actually believe that would stimulate the economy—the way only turning lots of cities into smoking ruins can.

We’re going to see much higher taxes, among other unsavory things. There’s no other way to pay for welfare state programs, except sell more debt to the Fed—which they’ll also do, by necessity. Inflation will get out of control as a result.

Of course, you’ve got to remember that as recently as the Eisenhower administration, the top marginal tax rate was theoretically 91%. The average person didn’t pay anywhere remotely near that because it was a steeply progressive tax rate. Nobody did, frankly, especially the rich, because there were loads of tax shelters, which no longer exist. Hiding money offshore, among other things, was easy. Now these things are out of the question.

Now there’s no place to hide from the State. And envy is rampant. How bad could it get? In Sweden during the 1970s, the marginal tax rate, including their wealth tax, was something like 102%. So almost anything is possible.

Its ideas already have. First, we should define what socialism is: It’s State ownership of the means of production. It was supposed to be a passing stage on the road to communism. Communism is communal ownership of private goods—houses, cars, shops, and consumer items—as well as capital goods. Nobody even talks about that anymore, since capitalism has given most people so much stuff that they don’t even have room to store it all.

Socialism in the U.S. is unlikely. Governments have found it’s much more efficient to simply have the State control capital, as opposed to owning and operating it. It’s so much easier to just take as much as they want of the profits, then blame the capitalists if something goes wrong with delivery of the goods.

Forgetting about North Korea and Cuba, there are no socialist states anywhere in the world. What we have instead are welfare states—where the government provides some degree of free schooling, free medical care, free housing, free food, and so forth. If not free, then subsidized. The next step is a guaranteed annual income.

The word “socialism” today is actually just shorthand for a welfare state, which is what Boobus americanus, the hoi polloi, really want. They don’t really care who owns the factories, fields, and mines. What they care about is that somebody gives them a soft life.

When you give people the ability to vote themselves free stuff at somebody else’s expense they’ll do it. But—much worse—they now actually think it’s the right thing to do. Why? Mainly because of the propaganda that they’ve absorbed through college, the media, the entertainment world, and numerous other places. There’s no question about the fact that the U.S. will turn into a full-fledged welfare state.

Socialism is basically about the forceful control of other people’s lives and property. It isn’t just an intellectual failing. It’s actually a moral failing. Although—perversely—it’s sold as being moral. People buy it because they like to believe they’re doing the right thing.

It will end with an economic collapse. Then, a political and—most importantly—a cultural collapse.

It’s entirely possible. It’s still completely undetermined what actually happened on 9/11, and who was actually behind it. Notwithstanding that, considering how the U.S. government continues to provoke people all over the world, there’s certainly some group, most likely Mohammedans, who’ll decide to strike out against the great Satan.

And as 9/11 showed, regardless of who was actually responsible, a very small number of people can have a very large effect on things. Especially when the system itself is critically unstable, which it is today.

They might do something like Mumbai in 2008. It took only two dozen fanatics with ordinary guns. They turned the whole city totally on its head for days. That was extremely cheap, low-tech, and easy. Warfare has always been a matter of economics; cheap trumps expensive. There are scores of ways to severely disrupt an advanced society for a trivial investment. On the other hand, it’s extremely expensive to disrupt a primitive society, as the U.S. is discovering in Afghanistan.

Anyway, “terrorism” is an extremely low-cost method of warfare. It will have a gigantic effect when someone decides to use it in the U.S. 9/11 was just an amuse bouche. You can plan your life around something like that happening again.

The world is evolving at the rate of Moore’s Law in many regards. Let me emphasize that military technology is changing, too. Aircraft carriers, B2s, F35s, M1 tanks, and so forth are basically junk. Great for fighting the Soviet Union, which no longer exists. They serve no useful purpose in the kind of battles that are likely in the future.

If someone wants to attack the U.S., they’re not going to use an ICBM; they’re extremely expensive, clunky, and you can see where they come from, guaranteeing retaliation. It’s total idiocy that even a maniac wouldn’t bother with. Not when you can deliver a backpack nuke by FedEx, cheap and on time. Or you could use any commercial aircraft, container ship, or truck.

If you want to blame Iran—and really whip up the U.S. population—there would be nothing like a small nuclear or radiological attack to do it. It’s a pity, since they’re a distant regional power with a failing economy, and present about zero threat to the U.S.

If I were to attempt putting my finger on exactly when the U.S. will go over the edge, I would think the real catalyst might be the next 9/11-type event. I don’t doubt it’s going to happen.

How are we any different than the Germans in the 1920s? They were one of the most civilized, best-educated countries in Europe and they still fell into the abyss.

Nick’s Note: Doug has made some controversial predictions over the years—and not just the four we shared above. He also foresaw the downfall of the Soviet Union, the rise of Islamic terrorism, and Donald Trump’s surprise victory in the U.S. presidential election.

And recently, Doug went on camera—in a documentary-style film called Totally Incorrect: LIVE—to reveal five more new and controversial predictions for 2019 and beyond. He even shared five different speculations that could pay out 1,000% (or more) over the next year, too.

But don’t worry if you missed the world premiere of Doug’s webcast… because you can watch the replay of it right here.

All of these technologies will be here in just a few years. But they all depend on the creation of one piece of tech.

And now, you can learn why—and how—smart investors could make 10 times their money in the years ahead because of it… 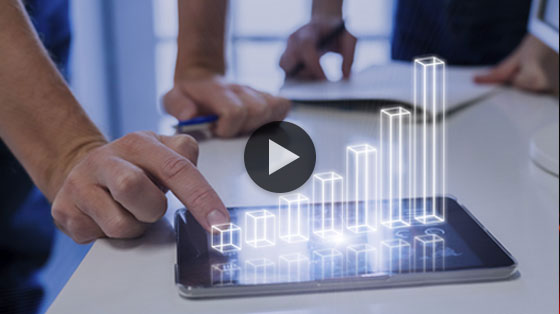